This is the winter that wasn’t. At least, here in TO it wasn’t. We’re not used to this total lack of winter and last weekend Tito and I drove out in search of ice and snow because, dammit, we miss it. We ended up heading north into Parry Sound – as a bonus the northern lights made a surprise appearance! 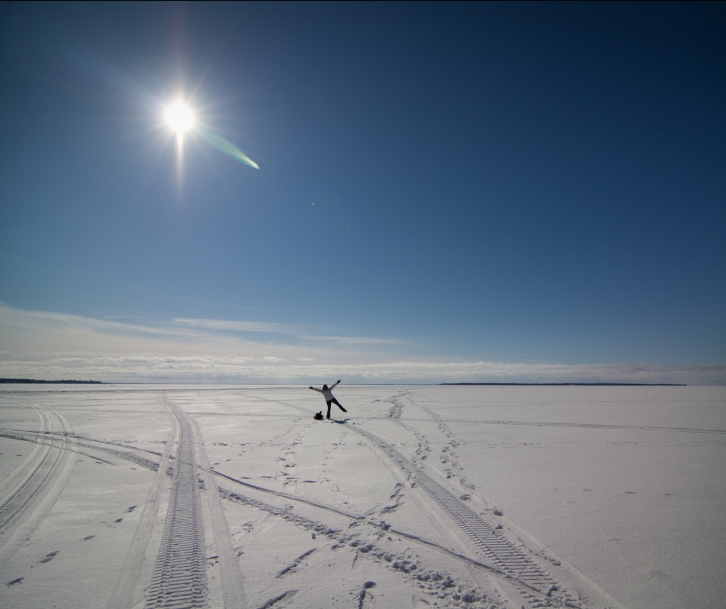 We passed a frozen lake covered in skidoo tracks. It reminded me of a cute story my dad told me about coming to Canada in 1972. He had worked in India as a motorcycle repairman, so when he moved to Ottawa he looked for the same kind of work. Finally he got his first job in Canada. He showed up on his first day and they took him to his first job and it was … a skidoo. He stared blankly at it for a few minutes before looking at his boss and saying “What the %@!* is that?”. The story always makes me laugh :)

What a great day for a road trip, the sky was that endless sort of blue that you feel you could fall up into.

At blue hour I took this shot – the 2 bright things in the sky are Venus (the lower one) and Jupiter.

We went northern light hunting at night without much hope of success – but then there they were. I remind myself that sometimes the shot you want happens when you least expect it. They were faint, true, and visible to the camera more than to our eyes, but they were there. This was a 15 minute long exposure. 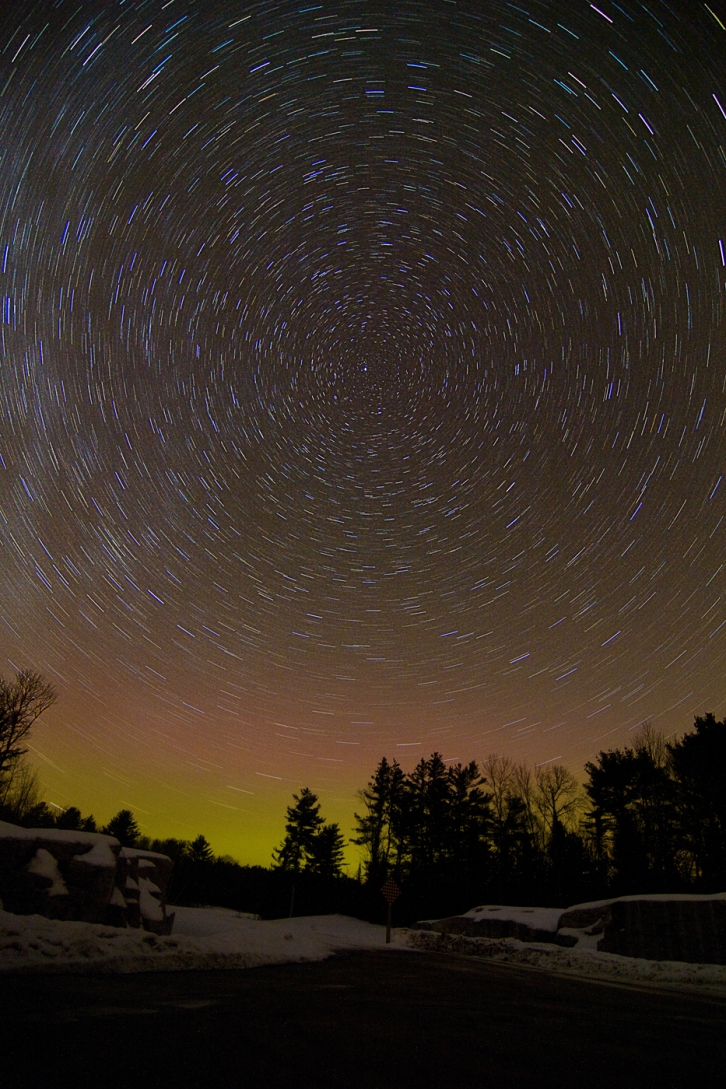 This was a 20 minute long exposure, and yes we were cold ;) but it was worth it. The angle of everything was so perfect, I was able to get the tilt of the stars and the northern light glow into one shot. Reason enough to stand freezing out in the middle of the night. At least for crazy people. And photographers.

Then we did some star photography. Did I say we? My bad, I meant I. Tito, being more practical than me, was staying warm in the car ;)

What a perfect, clear night it was! This was all done just off the 400, north of a small town called Nobel, on a side road. The night sky was just stunning. 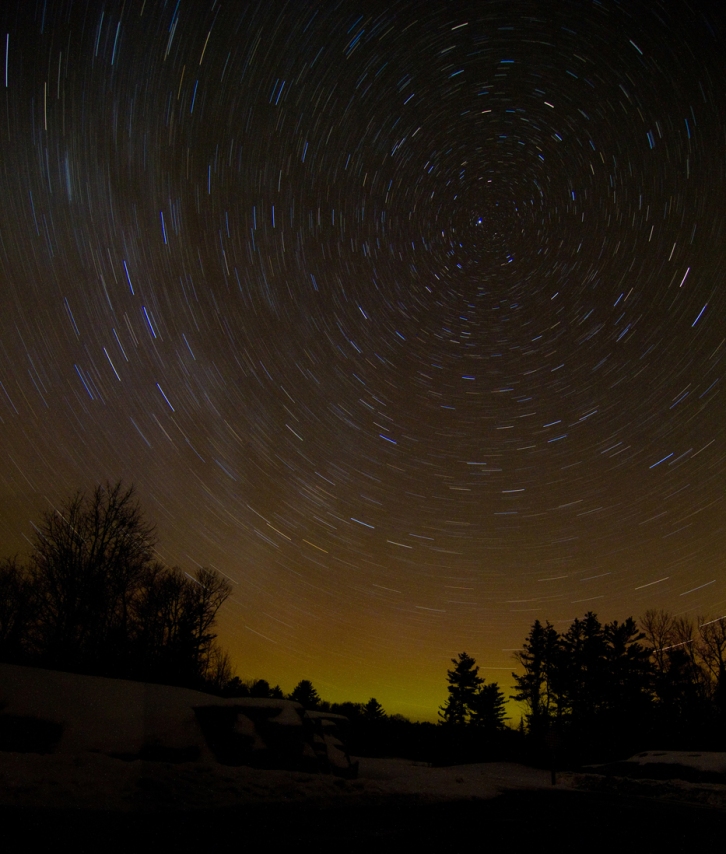 Thank you Tito – for doing all the driving and getting me out of town when I really needed it :) The star photography was just the icing on a really great day !