Being a designer is tough because it makes you picky. I had experimented with Kool Aid a while back and, while it was fun, I didn’t keep up with it because I had so many ideas in my head and I couldn’t make the yarn match it. I think to really have the skill and control of someone like, say, Tanis, you really have to be a colour expert and dedicate lots of time and energy to it. It’s something I definitely aspire to be better at, but in the meantime Kool Aid is a fun way to get your feet wet!

So the challenge I set myself was ‘can I dye a gradient’?. The idea of dying a gradient was inspired by the Little Fair Isle Hat from the Purl Bee. They do a great job with skeins of different colours and I was intrigued by the way the lightest colour just blends into the piece. It turns out it’s very possible to dye a gradient: here’s how I did it.

I was very happy with my results, and set about making an adult version of the Little Fair Isle Hat. I cast on the same amount, but on 4.5 mm needles and I added quite a bit of length to it, for a slouchy hat.

For fun I wound all the leftover yarn together. 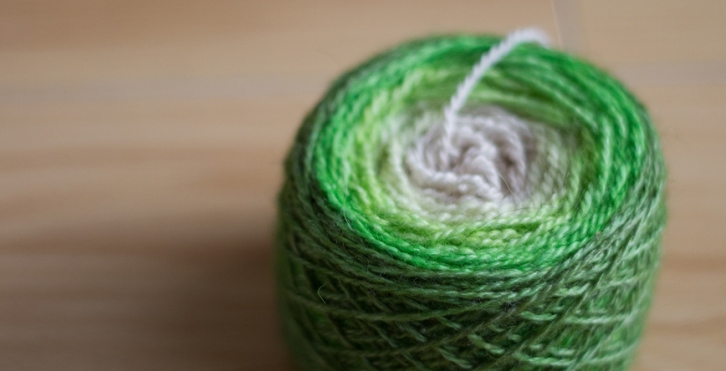 It’s colourfast, even though I didn’t use vinegar to help set it. Apparently Kool Aid is so acidic that you don’t need it. 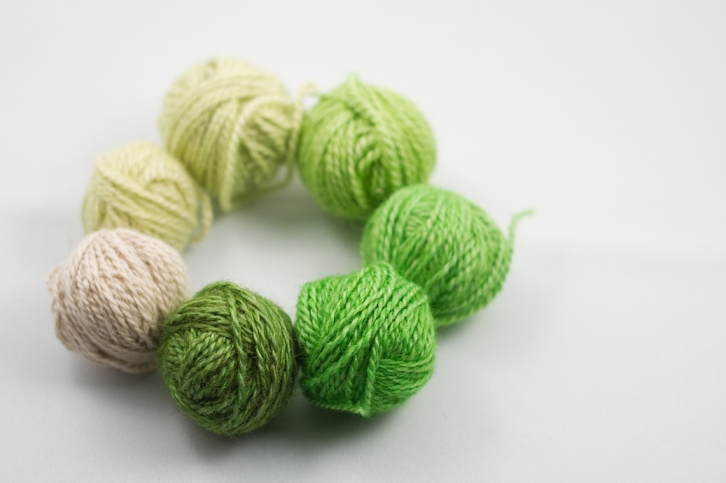 I love the results :) Especially on the hat! 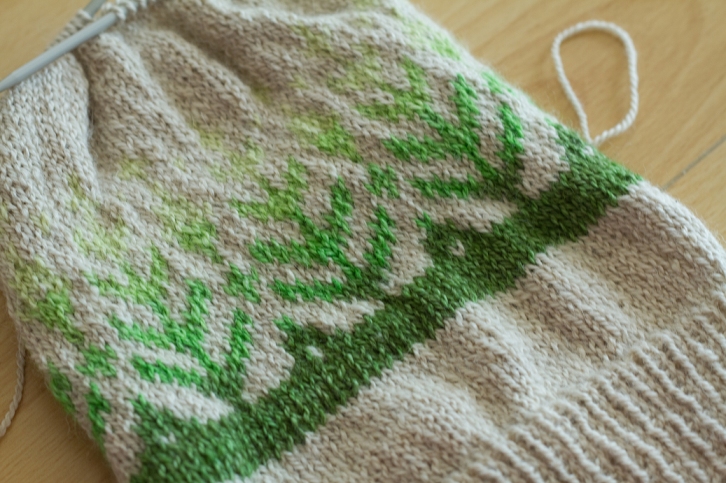 Here is a great tutorial from knitty.com if you want to read more on it, and if you take a crack at dying I’d love to see photos!