I thought I’d take a break from trip stuff today to share some pics of my first FO since coming home (does a skein of handspun count as an FO?).

A few weeks back, Rayna and I went to the home of a friend of hers, who was destashing an impressive amount of gorgeous stuff. Among the many gems that we dug out and brought home was an unexpected treat; a braid of Viola Viola (based on a quick Ravelry search I think this is either ‘Ghost’ or ‘Dew Drop’). 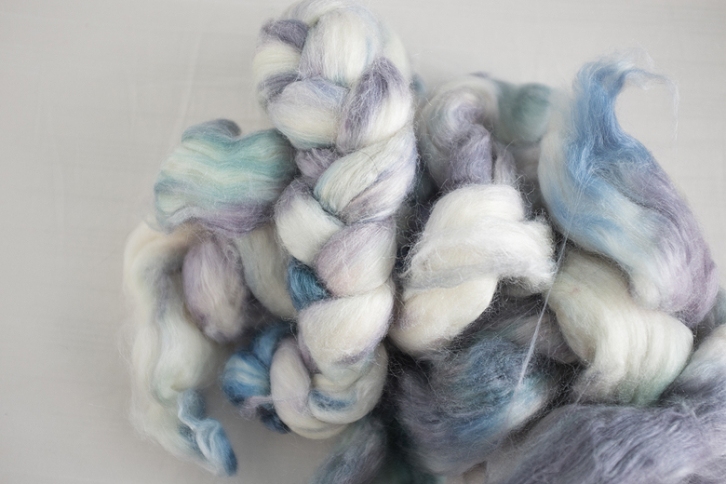 Viola Viola, before she took a break from dyeing to travel to England, was second only to Tanis Fiber Arts for gorgeous yarn. I loved her bases, her colours, and I hoarded everything I owed from her after she stopped dyeing. So to find this partly used braid sitting loose at the bottom of a fiber bin was like striking oil.

Unfortunately, as I complained to Rayna afterwards, the braid had suffered from its time in the bin. The spin was slubby and tough, and the fiber blend was a mystery since it was without a label. 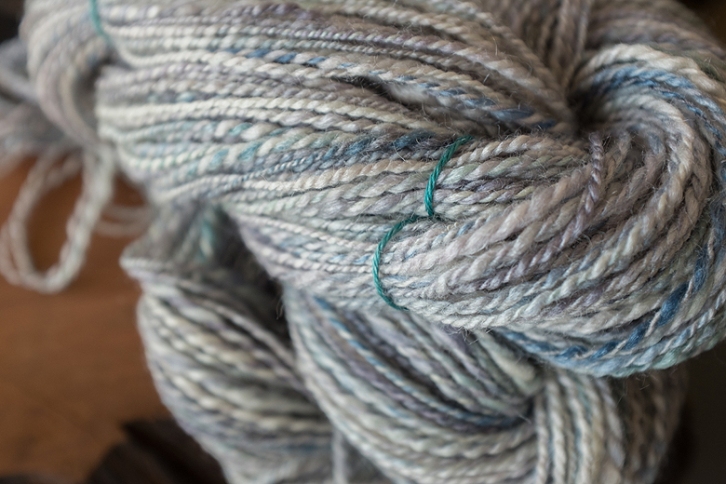 Because my spinning skills are not developed enough for me to spin something end-to-end yet, I pre-draft relatively thin before spinning, which means that the colours all faded out to a fairly neutral grey instead of preserving some of the blues and purples that you can see in the first photo (that little bit of green has almost disappeared entirely).

However, when it was done and plied I was happy that I stuck with it. I suspect it’s merino-silk or something like it; the yarn is incredibly soft and bouncy with great shine. I’m thinking it might make a small cowl, or perhaps a woven scarf. Using my own handspun is so gratifying!