Isn’t that a great name?

A few years ago I found a place on Pinterest called ‘Thor’s Well’. Thor’s Well is a sea cave that caved in on itself leaving behind a 20 foot deep hole, and it’s on the Oregon coast. Then and there I decided that I had to visit Oregon and shoot that formation, and that was the genesis of this trip. 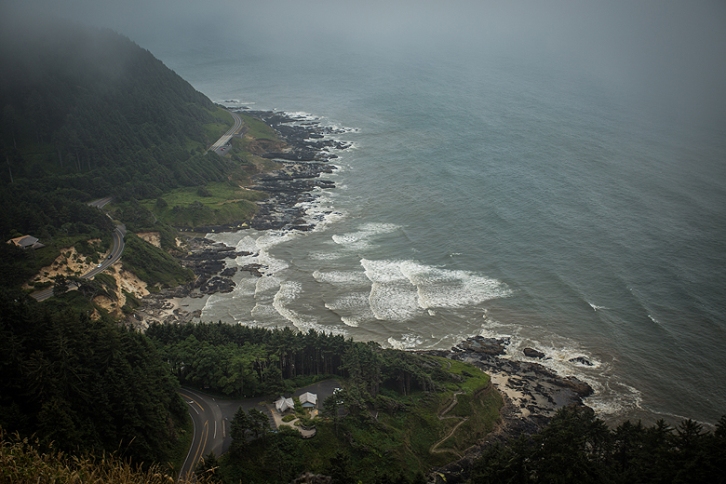 Here’s the place where I talk about what a champ Tito is. These photos were the entire reason for going to Oregon in the first place, and every other gorgeous thing we saw was just icing on the cake. Accordingly, I was even more obsessive than usual about getting the perfect shot.

Thor’s Well is not easy to shoot. I thought other photographers were exaggerating, but I was wrong. The well is 20 feet deep, with a tunnel that goes out to the ocean. Sea water comes in from the top and the bottom, filling the well and turning it into a natural geyser that erupts back out. The most spectacular shots are that of the water pouring back down into the hole. It looks like a gate to another world. 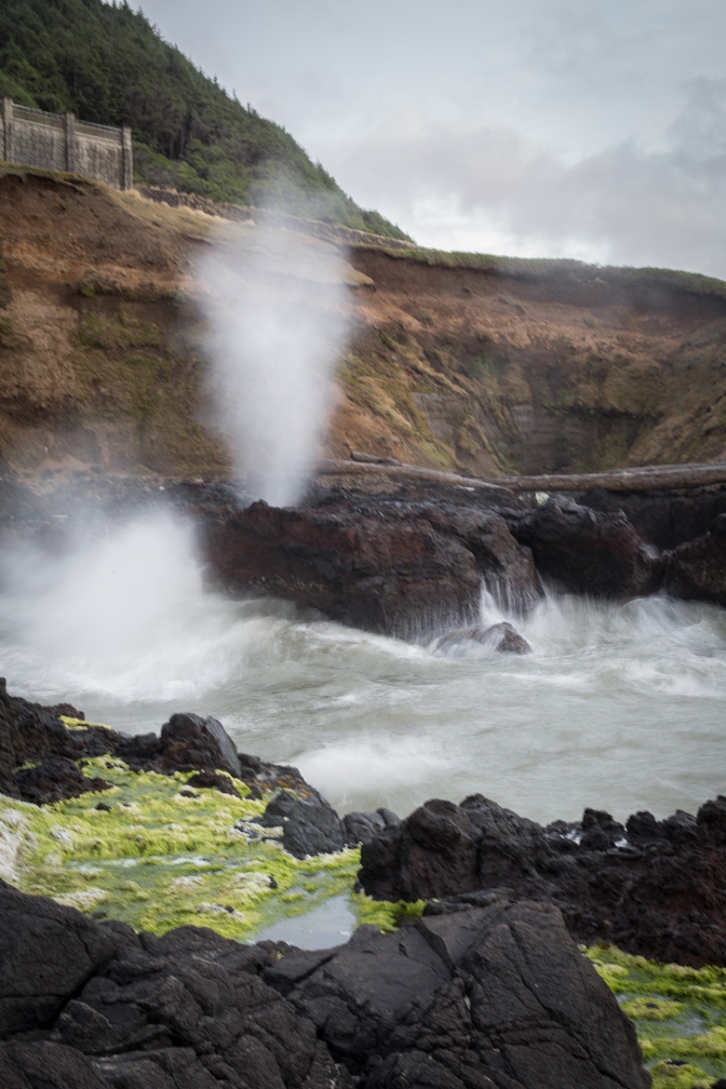 Add to that the fact that it’s best seen at high tide, eg. when it’s the most dangerous. There is a strong back current when the water is being sucked back down again that can pull you forward (and down!). You can’t really run easily if a rogue wave comes because it’s all uneven volcanic rock, and it’s tough to keep your footing, let alone run. Finally, you have to be willing to get wet. You risk salt water damage to your gear, and while shooting you’re being constantly salt-water-showered by the spouting horn that’s just to the right of the well.

To quote a scene in the latest Batman:

Christian Bale: Am I supposed to understand all that?

Morgan Freeman: No. I just wanted you to know how hard it was.

It gets more challenging. The weather was not interested in my goals. The crazy fog was out in full strength again. 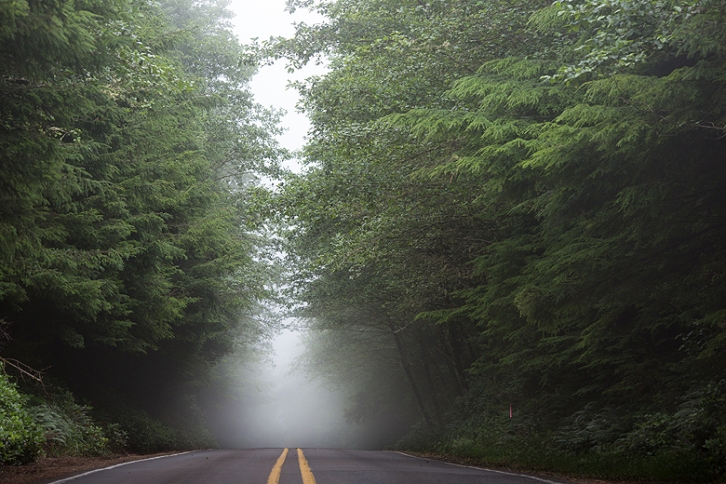 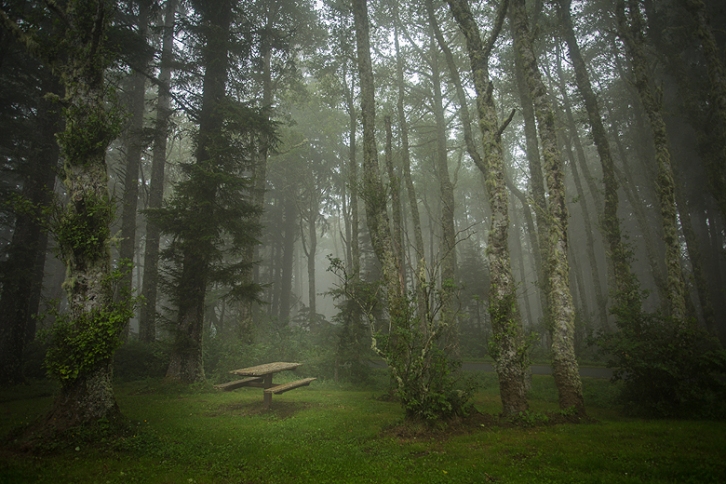 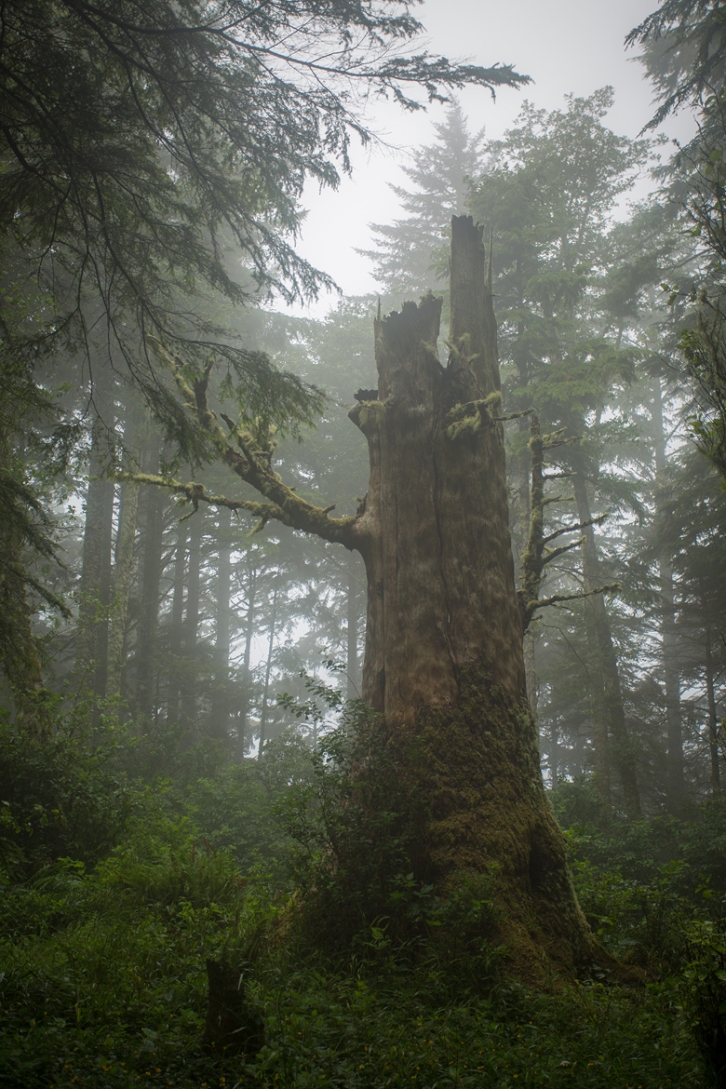 We ended up going back to the well not once, twice, or even three times, but 4 times. The last time required Tito to make a U-turn on a narrow, winding road because the fog cleared and the sunset showed up out of nowhere and I knew I had to go back. Love that man.

So this was the shot. 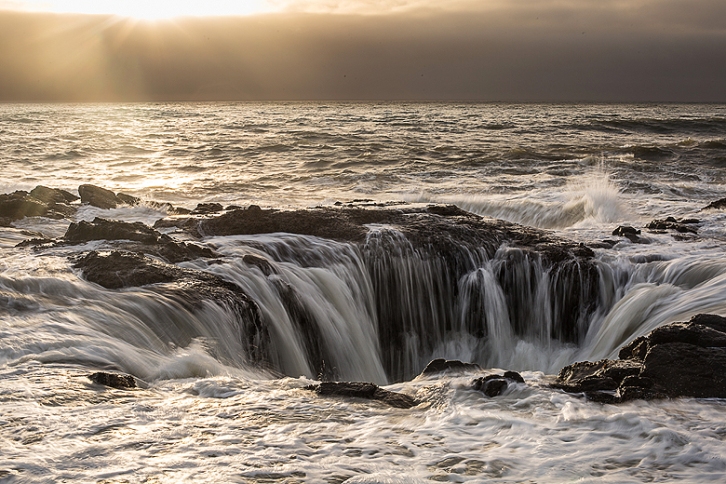 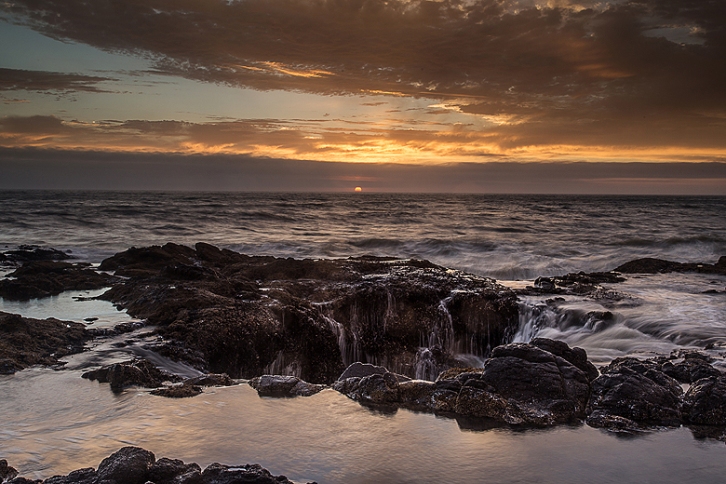 Empty well, in between waves 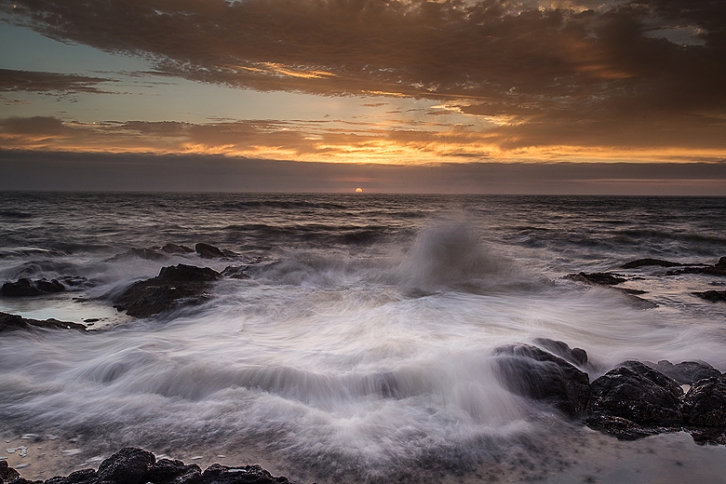 Right after the well filled up 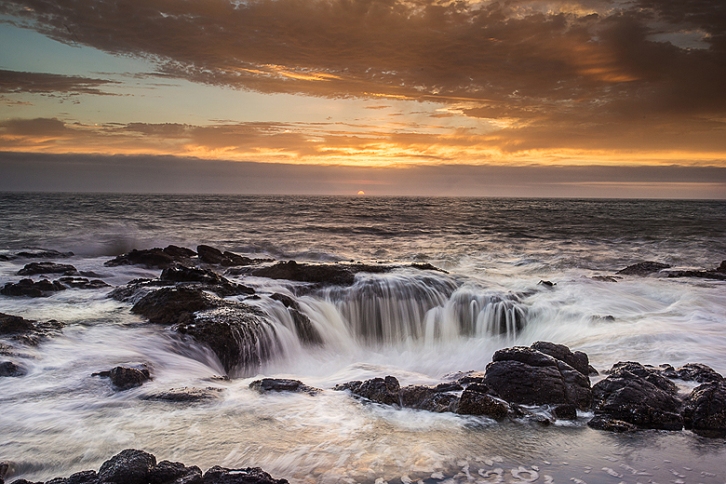 It was the highlight of the trip, no contest. I think it’s one of the best shots I’ve ever taken. Thanks baby, for understanding and being willing to humour my little shutterbug heart. To me, it was all worth it.