Against all the advice I’d ever read, or been given, or even inferred through common sense, I decided to warp the loom on Friday night with what amounted to lace weight, single ply, handspun. This way lies madness. 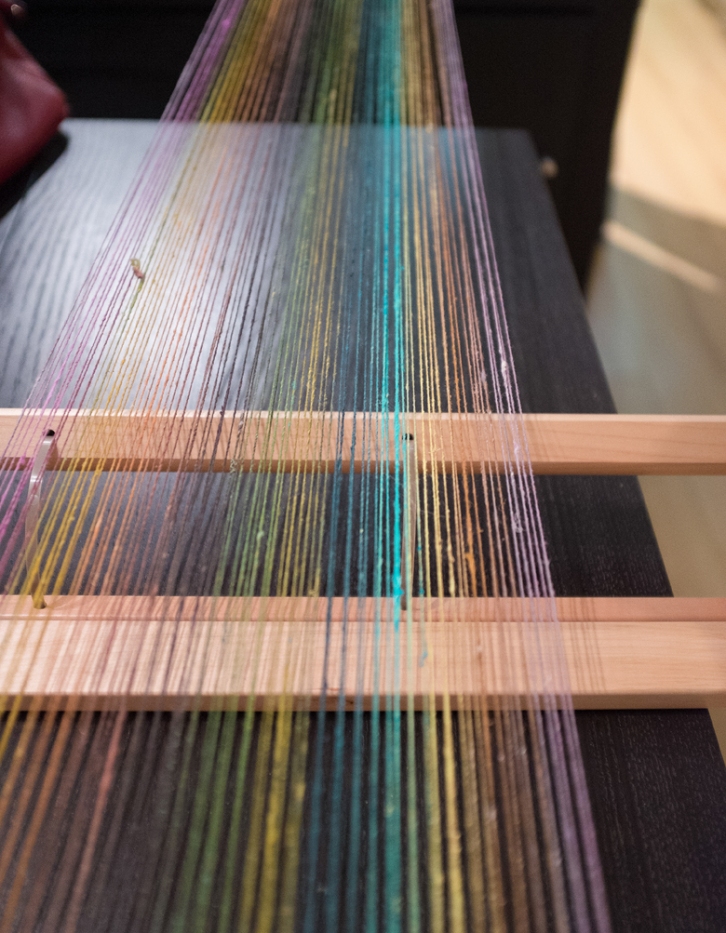 Tito only made it about 15 minutes before declaring a moratorium on Noro Taiyo lace weight. The stuff is a little rough, with the hallmarks of handspun, including thinner bits and slubby bits. It sticks to itself like velcro if you let it twist together by accident, but you can’t pull too hard to untwist it because it may just pull apart. 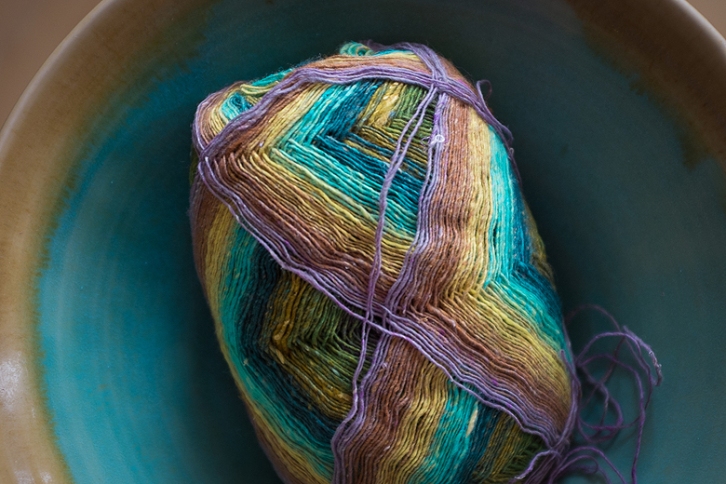 We ended up losing one warp thread right at the beginning, and another one about halfway through the scarf, though through some really awesome luck they both happened to be at the selvage. 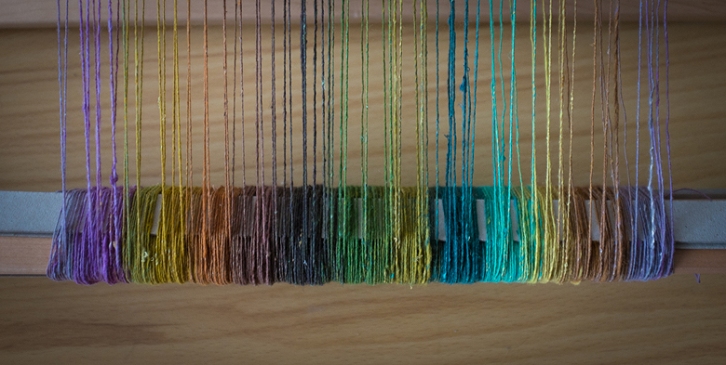 The colours look nuts. They look like they could never work out, even in the ball. When you warp it, it looks like a carnival.

But then I started to weave… and oh my it’s lovely.

Every 20 minutes it looked like a completely different colour way. It would look like this for a while…. 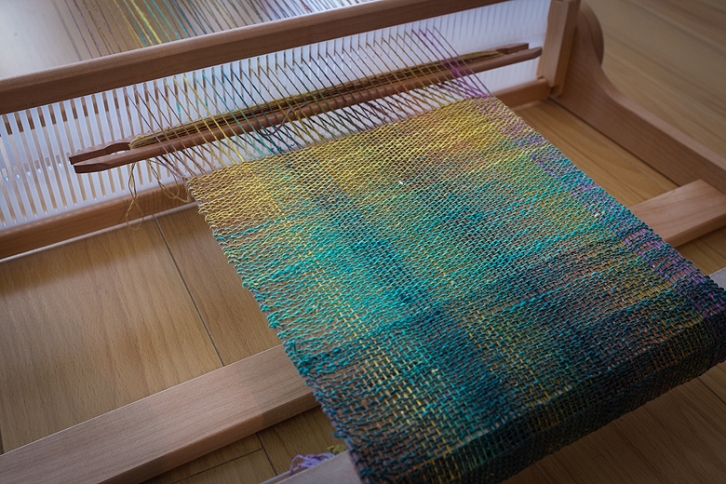 And then it came off the loom and looked like this.

I wove very loosely, because it was so delicate, and also because I wanted the warp threads to show. The moratorium has been declared off – because I absolutely need to do this again.

Here are the changes I’ll be making though – I’m going to work with Taiyo sock instead of Taiyo lace, (100g/462 yards versus 100g/918 yards) so I have something a little more robust, and I’ll be changing to a 10 or 12 dent reed (in knitter speak this means I’ll be working it to the correct gauge instead of what I did, which was the equivalent of knitting lace on worsted weight needles). 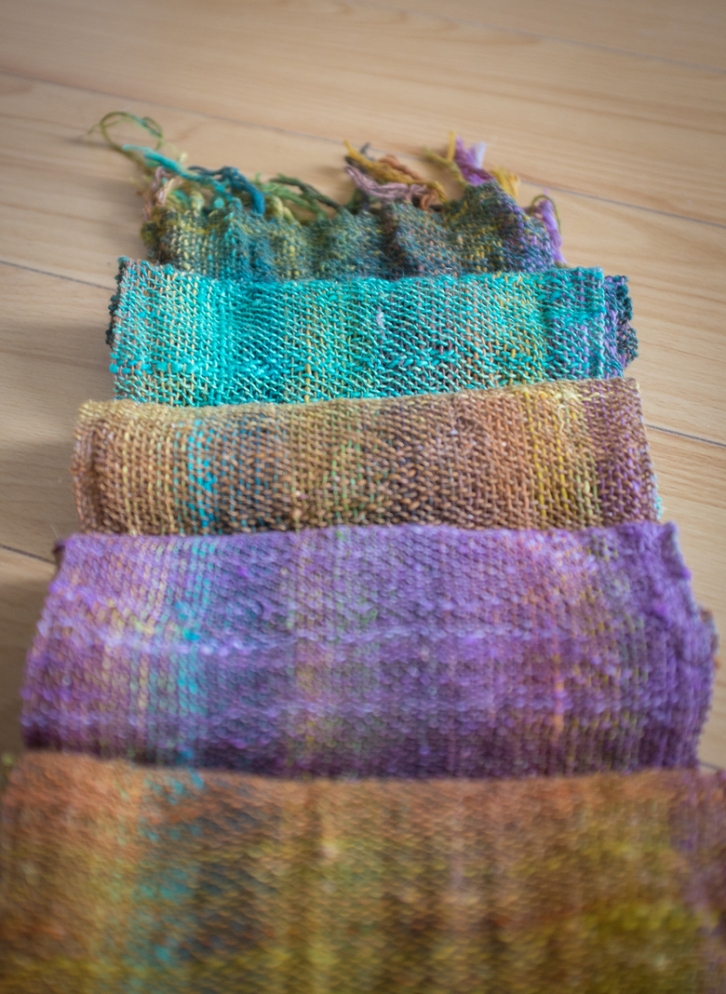 I expect I’ll get a more tightly woven, robust piece from it, while still being light and drapey. This piece is very delicate, I’ve already managed to snag it on something with disastrous results.

It’s undoubtedly stunning though. I’m in love, I want another. I used to joke with friends that tequila was like that abusive lover that you stupidly kept going back to. Now it’s Noro. Noro and tequila.