It’s tough to blog about crafts when you don’t want to give away your Christmas gifts!

Instead, here’s an update on my polymer clay adventures. I started by switching from Sculpey to Fimo because it’s apparently harder… harder to work with that is! This stuff takes forever to condition, but it really is tougher once cured.

This piece actually started out as an all-copper series of tiles. After I cut out the tiles, I pressed in my designs. 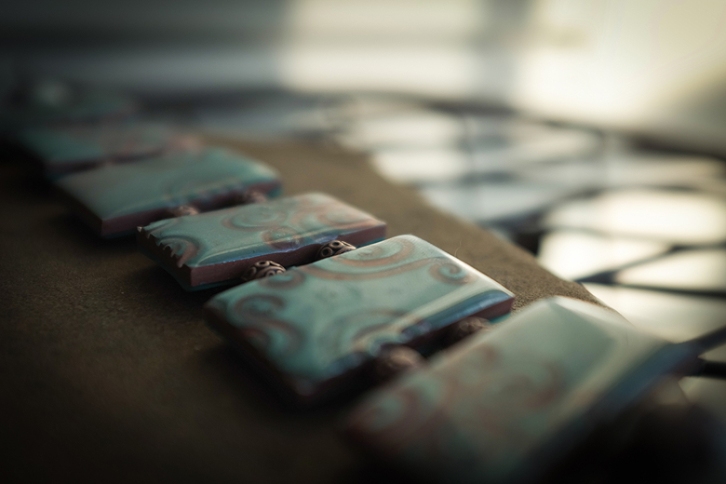 After I pressed in the detail, I smeared mac eyeshadow all over each tile, and carefully removed the eyeshadow from the recesses in the design. This is messy, so I added a coat of resin to seal the eyeshadow in and keep it from smudging. 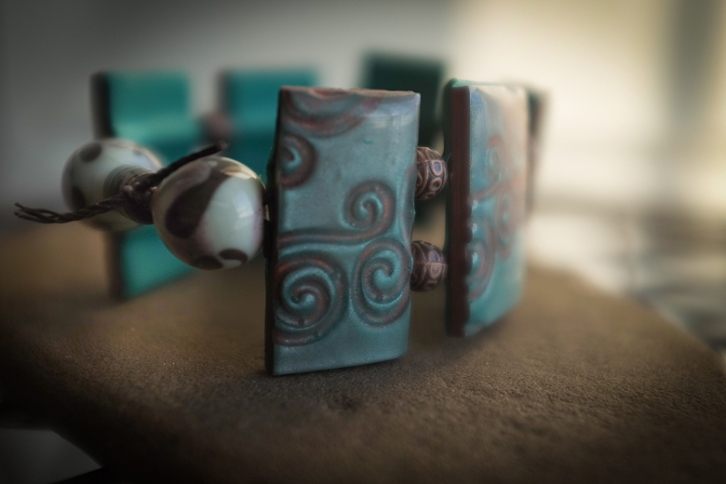 I mixed a shade of turquoise fimo for the inside and coated the reverse of each tile with it, leaving little ‘tunnels’ for me to run a cord through afterwards. A bit of liquid fimo helped seal the piece together. 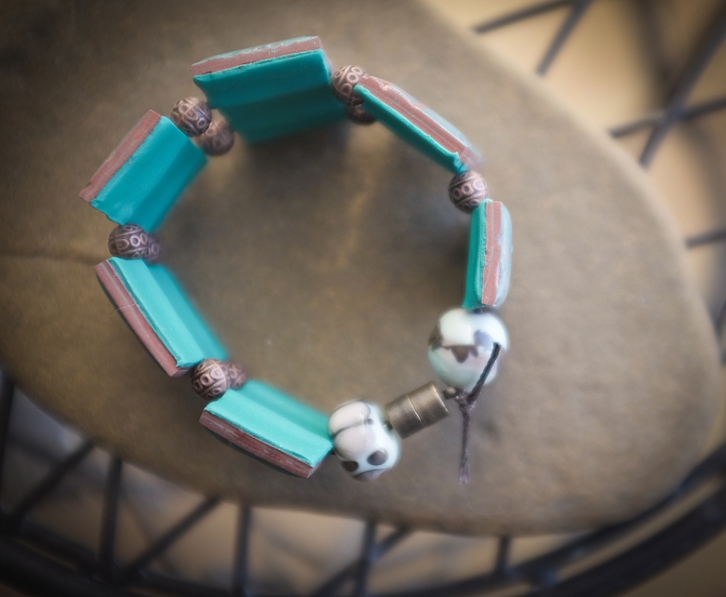 Finally, I ran waxed hemp through the piece with copper filigree beads in between and added 2 of my own lamp work beads to finish, with a magnetic clasp so I wouldn’t have to wrestle too much to get it on and off. 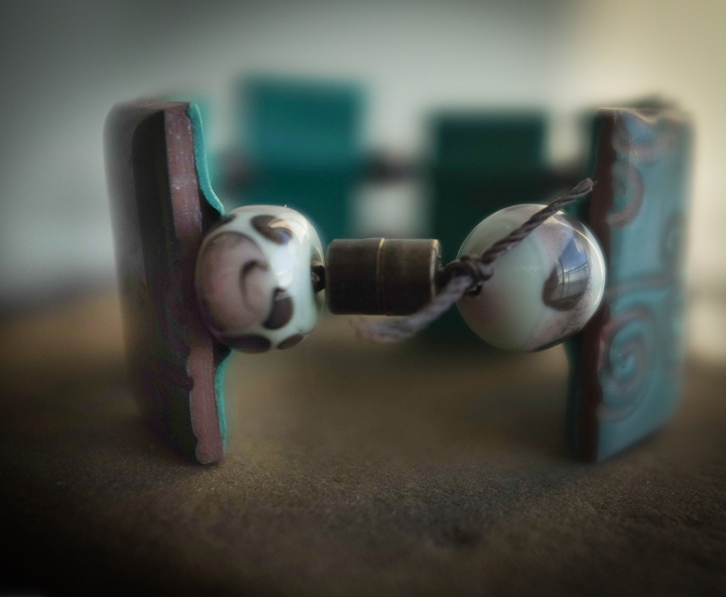 It’s not likely to get worn much, but I do like the look of it!