For Labour Day weekend, Tito and I, along with 2 of our best friends, headed to Collingwood. We stayed in an absolutely charming house called Pedulla’s Mountainside B&B. The owners were helpful, informative, and fabulous cooks. On their advice we skipped the Collingwood Scenic Caves in favour of the Singhampton Caves. 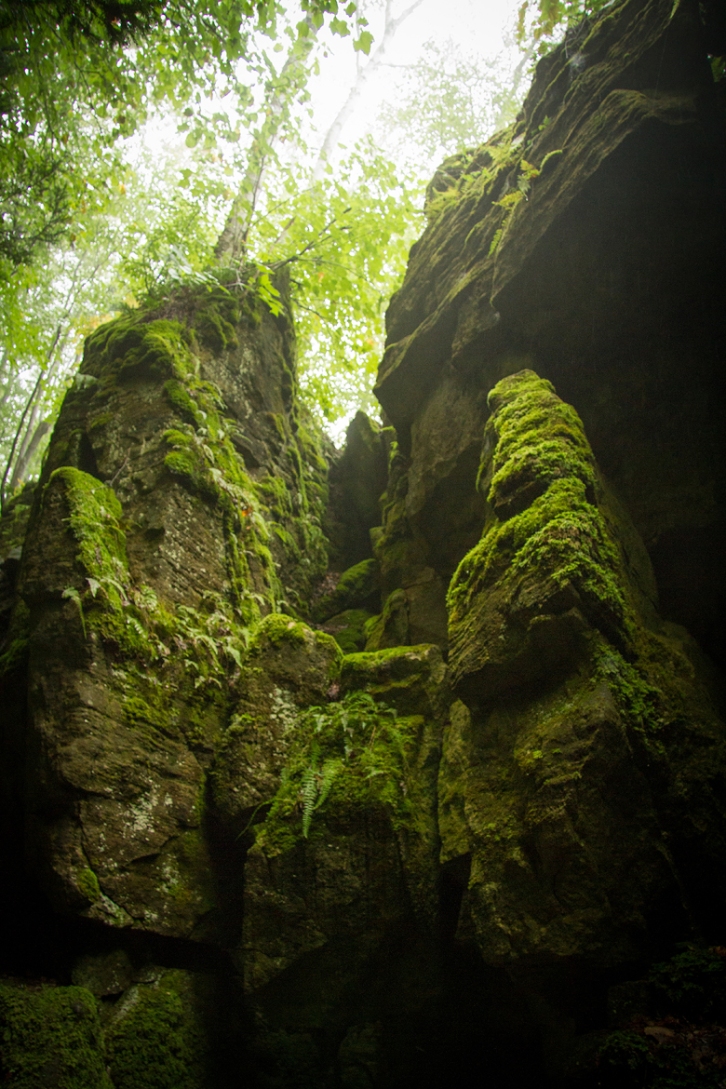 You’ll have to excuse the image-heavy post–this place was so unbelievably beautiful that I can hardly do it justice. Even the forest you hike through to get to the caves is magical, a fact thrown into further relief by the foggy morning.

The Singhampton caves and hiking trail form a part of the Bruce Trail. The Bruce Trail is a network of hiking paths that runs from Tobermory to Niagara.

As such, the trails are clearly marked, both in and out of the caves, but we chose to completely ignore that.

Happily, you can only get so lost, and though we were the only folks down there that morning, we did bump into some friendly hikers who set us back on the path by afternoon.

Good thing–though we only hiked for a few hours the amount of climbing involved had left us very tired.

It didn’t help that, ignoring the path as we did, we ended up climbing more than was necessary ;)

I wouldn’t change a thing though, I think following our own random path was more exciting, and led us to some places that form dead ends, so we wouldn’t have seen them if we’d stuck to the path itself. 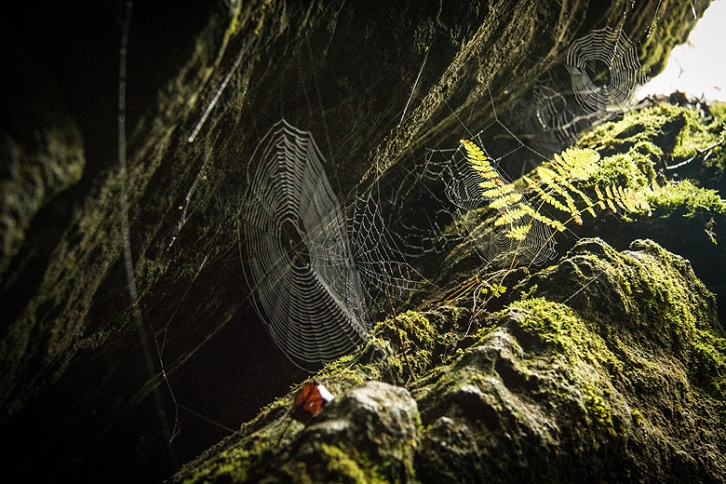 Here’s a treat; a little bright orange salamander that we found on the path. 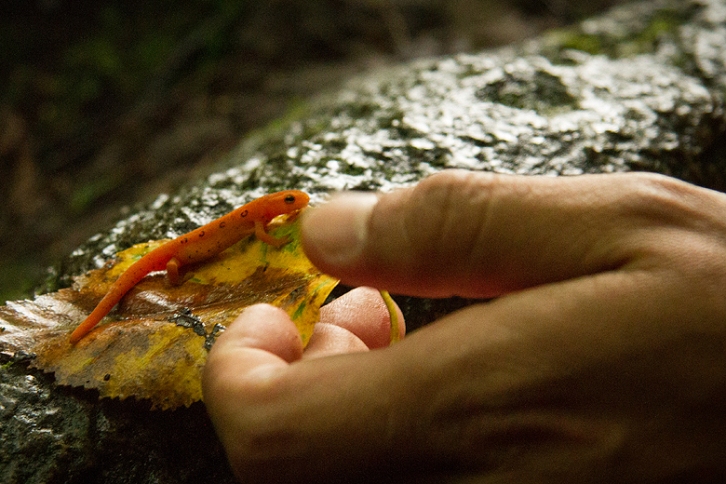 Muddy and happy, we made our way back to Collingwood for more adventures, including a tour of a ship from 1907 (the Keewatin, so large it had to be taken apart to fit through the Welland Locks!) and a tour of an alpaca farm, stay tuned for pics!