I’ve been too busy to blog, and that’s saying something. I also had a major resin disaster that took out my entire store of carefully preserved gerber daisies and silver plated bezels. We won’t talk about that anymore – on to things that actual worked out.

Speaking of things that worked out – my first surprise was this weekend when I went to the studio. The bowl-o-saurus lives! I thought for sure those walls had give way, but no. I even trimmed it. I covered it in slip and left it to dry; it’s so big it doesn’t fit in a glaze bucket so I’ll likely just glaze it clear, assuming it continues to survive it’s bisque firing.

More goodies out of the kiln – a froggie bowl! Dibs on this bowl belong to a nun in Boston – if she still wants it. I took forever to get it done due to studio/life complications. It’s cute though, and I was willing to break my decision not to ship things just because she was so sweet. 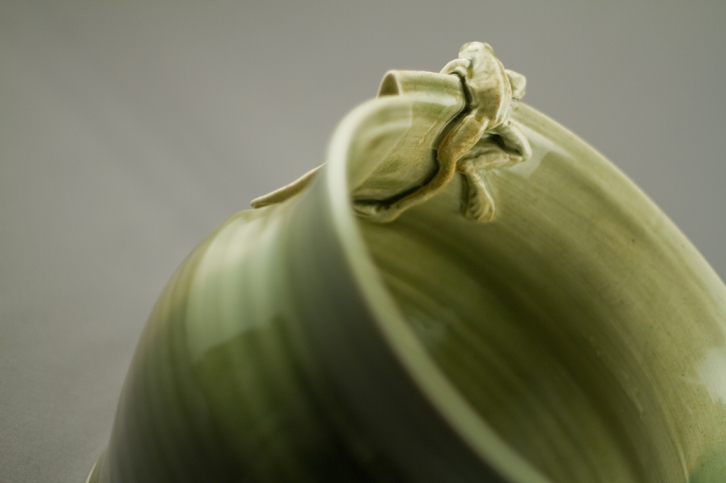 More things included an experiment with ceradye and the clear glaze treatment. The result seems to be that the ceradye disappears. Most unsatisfactory. I now have a pitcher I don’t know what to do with.

Pre-conception is the enemy of my art. I had an idea in my head of how it would look and now, though other folks might find it lovely, its hard to get past the picture in my head that I was going for. 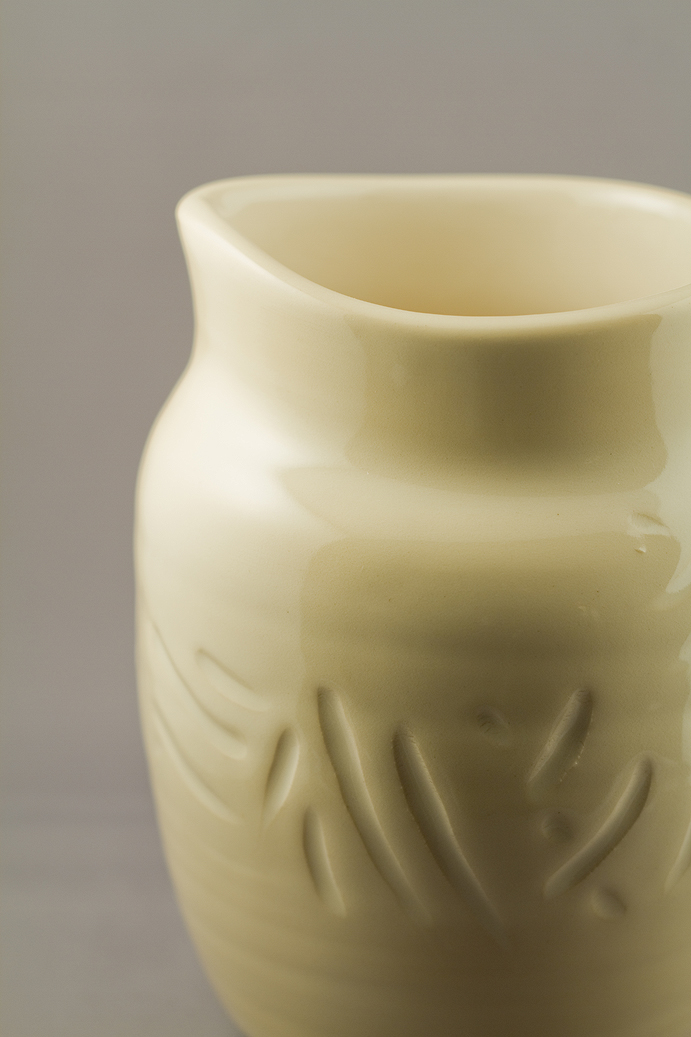 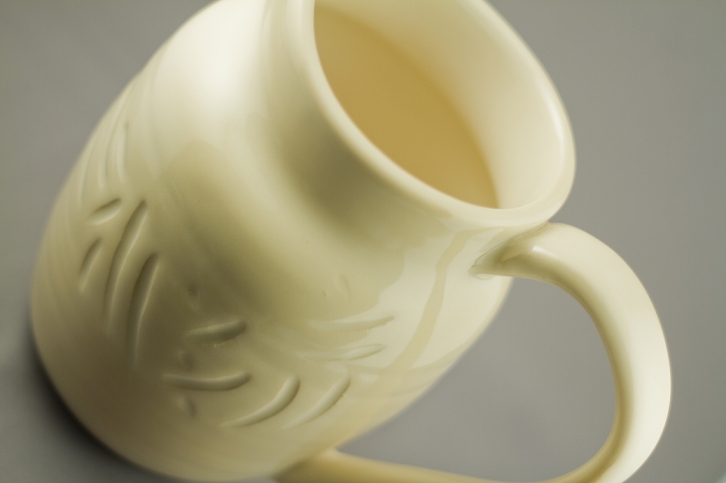 This little mug also did not turn out the way I expected. It’s ceradye, clear and turquoise, with shellac relief treatment. I decided to just shoot the angles I liked.

And… sneak preview of tomorrow’s post: I used it to hold up one of the first things I’ve made with my own lampwork beads. I’m so happy! Can’t wait for studio time tonight :)