First blog post in a while! I’d like to say I’ve been taking a break since the show and PATH are now done, but I’ve actually been madly crafting everyone’s Christmas gifts. I can’t blog about any of my finished objects because I don’t want to ruin any surprises! At least I’ve got plenty of blogging material for the New Year ;o)

We did take time out last night to shoot the Lunar Eclipse. This one was special – the timing of the eclipse coincided with our winter solstice – the longest night of the year. While it made no difference in the actual appearance of the moon it’s been almost 400 years since this happened, so I thought that was pretty neat. We shot from about 1:30 til about 4:30. We’re totally exhausted at work today of course, but it’s worth it! 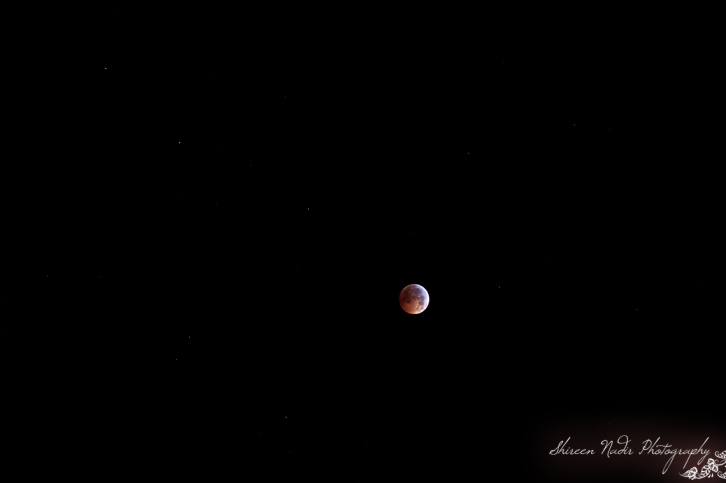 It’s hard to tell but there are some stars visible in this one. This is just before the moon went fully red. 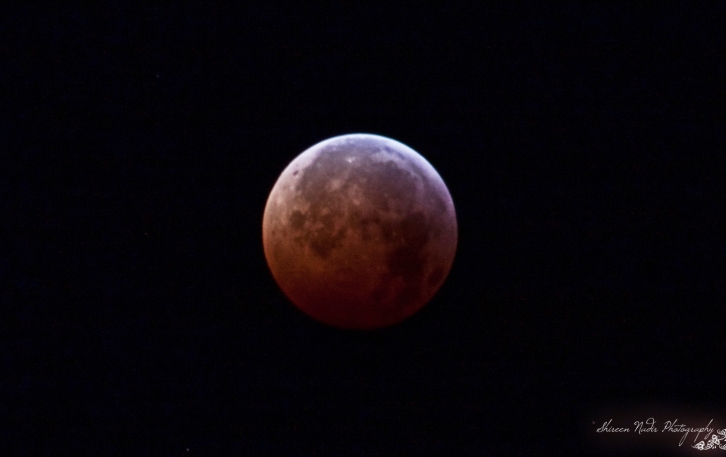 This was taken zoomed in as far as I could go – on a really cheap 100-300mm lens that I got a few years back from the used section at Henry’s. We don’t use this lens often, but it really came in handy last night!

I love this shot; this was a series of timed exposures from a stationary tripod that I later combined into one image. Not only can we see the progression of the eclipse itself, but also the movement of the moon across the night sky. 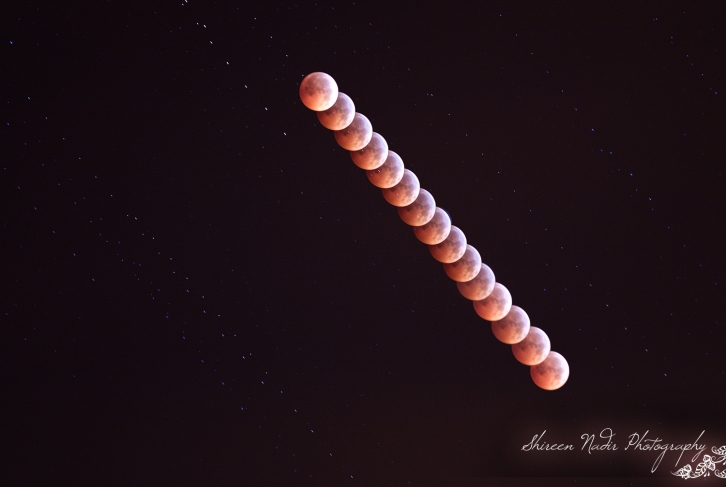 This was another timed series of exposures, taken while the moon was fully red. I love how other-worldly it looks; reminded me of Mars.

Being tuckered out won’t stop us from freezing our toes off again tonight – it’s the annual Festival of lights in Kensington Market – to celebrate the longest night of the year. We’ll be out there shooting, more pics to come tomorrow!