In late November Tito and I decided to adopt a dog. We had the house, and the space, and I was lonely working from home all day. Our adoption adventure led us to the wonderful people at the Niagara Dog Rescue, and thence to a dog in Kentucky named Anika. We don’t know much about her, except that she was on ‘doggie death row’ at a kill shelter, but was pulled by the Niagara Dog Rescue, who focus their efforts on animals that are slatted for euthanasia. We decided, in the spirt of the best of friendships, to rename her ‘Samwise Gamgee’, ’Sammy’ for short. 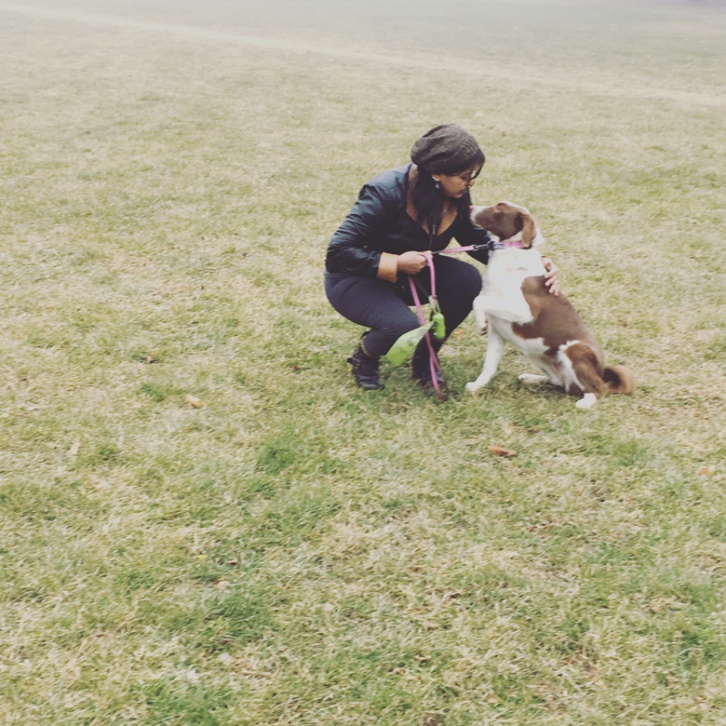 From there she spent about a month in foster care, while being prepared to go to Canada. She was spayed and vaccinated. Prior to her time at the shelter it’s uncertain what her situation was, but it’s likely she was a stray. They guessed her to be about a year old, and a Border Collie/Australian Shepherd mix.

The day before she came to us we got a phone call from our wonderful adoption counsellor warning us that Anika was suffering severe stress and anxiety, and actually had to be medicated just to endure transport to Canada, that she was a flight risk and extremely frightened. The focus that they place on the animal’s wellbeing is truly touching; these are people who have a hard job, but love what they do.

We went to the pick up point at a quiet motel in Niagara Falls. Amusingly, there were other people milling around, holding leashes and looking lost, all of us waiting on doggies. We practically rushed the transport vans when they pulled in. We eagerly asked the drivers which one was Anika, and were led to a terrified dog, curled up in the tiniest ball possible, hiding her face in one of the vans. It broke our hearts to see her.

Sammy was so frightened she couldn’t move, so we pulled our jeep up beside the transport and carried her from one vehicle to the other. In the car she tucked down between the front and back seats and hid her face. On day two she ate and drank, but still hid otherwise. For the first 5 days she had to be carried everywhere.

Once home she sped to a corner and hid, behind our spinning wheel. We decided to give her space, and called it a night. In the morning she was still in the same spot. We could not get her to go outside, or to move at all. For three days she didn’t make a sound, and didn’t go potty until on the fourth night we heard a painful whimper come from the living room and shot out of bed. Sammy had finally gone, to our great relief (all over the house!), and we started training her to go in the backyard. I think she was already housebroken and just plain scared, because she took to it easily after that day. 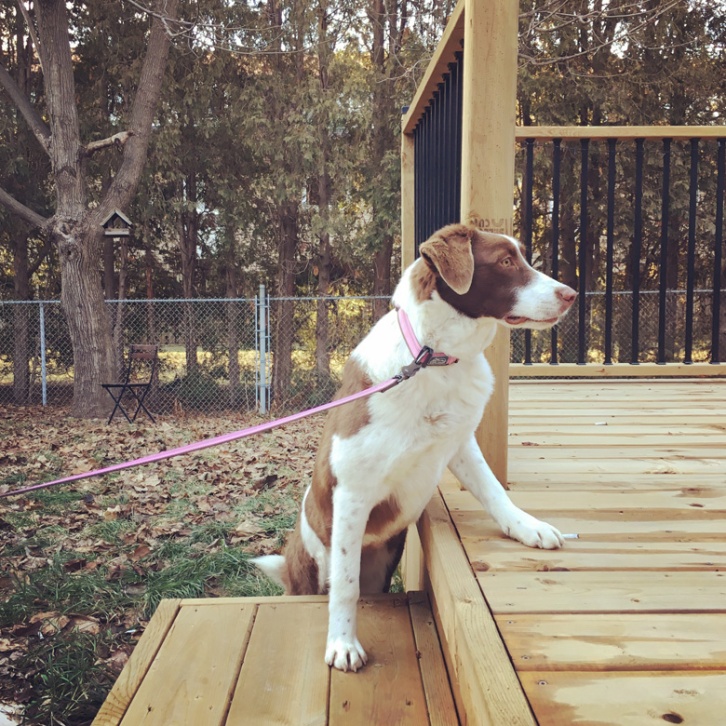 We’ve had slow progress since, but it still feels like an astonishing change.  It’s only been 12 days, and she’s gotten used to our backyard, and gone on short walks. She’s finally accepting treats, though she still doesn’t like to be touched. She hides from us, which makes potty time a regularly difficult time, because we have to gently block her path to get the leash on. She’s stopped hiding her face, but still divides her time between her crate and the corner. Once we got a good look at her she turns out to be an absolutely stunning dog, with beautiful hazel eyes, pretty colouring and a puppyish build. She looks like there may be a bit of pointer in there, too. We’ve shared her progress in our social media circles, and I cannot tell you how encouraging it is to read the kindness of others; people rooting for her, sharing their own stories and cheering on Sammy’s progress. It has meant the world to us, truly. 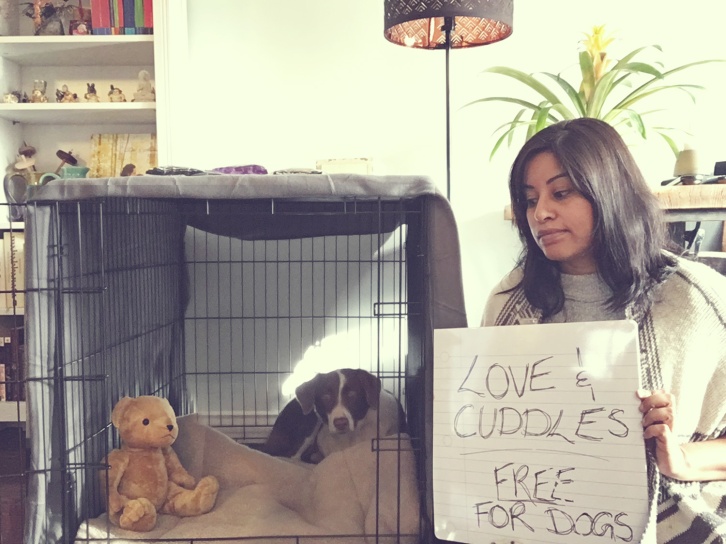 Another example; it’s considered healthy to establish a routine for the dog right off the bat, but that involves regular feeding and potty times, and that’s difficult with an animal that hides from the leash; do you respect her space? Or maintain the routine? In every situation you’ve got to rely on instinct, common sense and patience (and maybe hot dogs). Every day will be different.

You remind yourself how often she’s had to build trust only to be moved on, or been with people who were undeserving of trust to begin with. You engage in guesswork to find out how best to reach her. She hates the leash? She hates the yard? Could it be possible that she was, at one point, tied up and left in a yard? When you are willing to be open to the things she can’t tell you, then you can start to build the right language that will work for your particular doggy. There are no hard rules except one; be patient and loving and let your doggy set the pace.

This next bit is for anyone who has considered adoption. I won’t lie to you, it’s not a steady upward trend, and it’s not one miraculous bit of progress after another. There are days when it’s three steps forward and two steps back. You need a lot of love, and a lot of patience. You have to be willing to clean up, and not be angry. You have to be willing to shape your life around the needs of a new family member.

But I can also tell you that my love for Sammy and my desire to protect her from further harm has grown exponentially since we first laid eyes on her in the back of that van. When she gives us a little progress, you want to dance all over the neighbourhood and trumpet it to strangers. There is no better feeling than when you win a bit of trust, or see her come out of her shell even the tiniest bit. You’ll find yourself celebrating poops, and trying silly things (I spent an afternoon playing guitar for Sammy and singing softly to her through the crate) in an effort to bring your baby closer to you.  My conviction that she will never_EVER be shipped off to another home again to begin this process anew drives my every interaction with her, even on difficult days. I already miss her when I have to leave the house, and nothing makes me feel better than when she accepts love from us.

I hope that sharing this experience will encourage others to adopt. Sammy is young and healthy and would have had her little candle snuffed out for no reason other than that she was homeless. All shelter animals suffer, but dogs in particular break my heart. Dogs are bred to love, need and serve humans, and to let such a creature as that languish without love and a family is cruel. The role Sammy will play in our lives is only just beginning, and we’ve no doubt that she will come to love us as much as we love her, and to realize that she will never be alone, or hungry, or unprotected again. It’s truly saving a life <3