Thank you to everyone who viewed my photos and left comments, and a special thanks to those who signed up as followers on WP or Facebook! 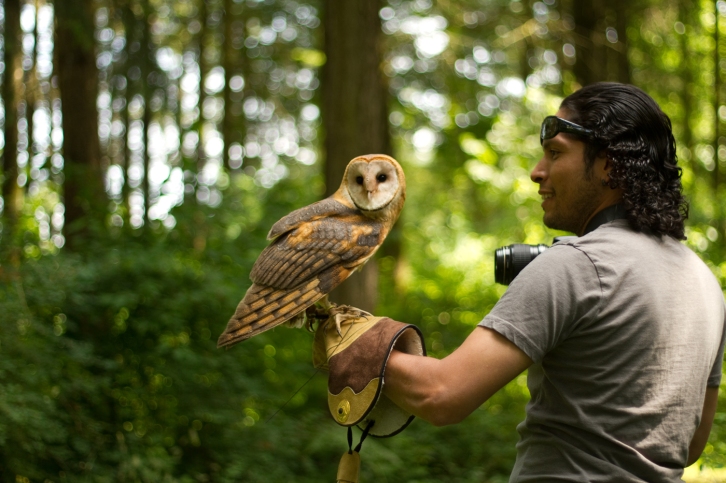 A great photo usually has a little story that goes along with it. I thought it might be nice today to share some of the stories associated with a few of those photos :)

Barn Owl – her name is Chloe and she was such a treat for us! We were driving north on Vancouver Island when we saw the signs for  the ‘Pacific Northwest Raptor Society’. We decided to check it out – and I’m so glad we did! The PNWRS is a rescue for birds of prey – all of their ‘residents’ are animals who have been injured and cannot fend for themselves.

We had the added pleasure of taking Chloe on an ‘owl prowl’ through the woods – wearing protective gloves and holding up dead mice for her – she would fly away into the trees and come back to our gloves for her ‘treat’. She was magical – her flight is soundless due to serrated wings to allow her to sneak up on prey, and she weighs less than a pound. What a beautiful experience.

Budgies – This is maybe the most ‘successful’ shot I’ve ever taken – I submitted this one to Your Shot at National Geographic and it was selected as part of the daily dozen, and later on selected for print in an actual issue by NGM. I was over the moon, as a photographer that’s the holy grail.

A girlfriend and I were walking through the side streets of Rome when I saw this gypsy lady with her birds. She was handing out fortunes on little slips of paper in exchange for coins. I still have mine – it says ‘You have had a dream, but not the means to achieve it until now’ – I like to think the fortune was referring to being published in National Geographic Magazine – something that was not possible until I photographed her :)

Emerald Hummingbird – This little nest is the size of my fist! It was located just off the path in the Monte Verde Cloud Forest of Costa Rica. What a magical forest that was – full of the sounds of myriad creatures calling, the sound of wings large and tiny – I didn’t see 1/100th of what that forest had to offer, but I did see this little lady’s nest. I crouched in a pretty uncomfortable position so as not to disturb her from her baby until I got this shot and snuck away. 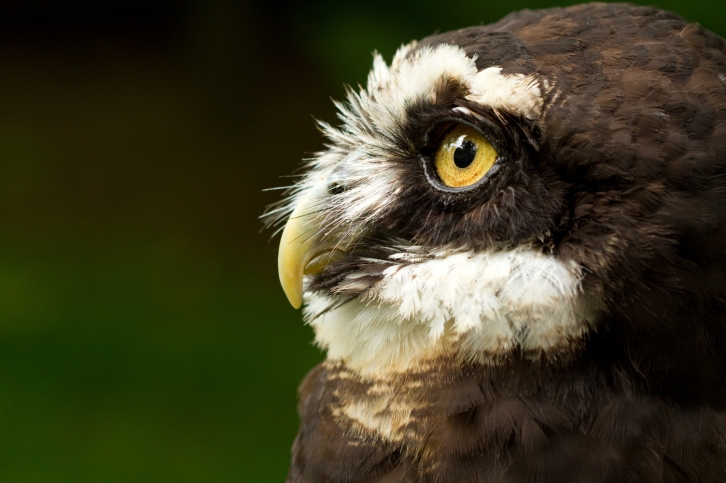 Spectacle Owl – This is Elton! He’s a real snobby fellow, and he also lives at the PNWRS. When I tried to photograph him he would close his eyes and face haughtily away from me. When I went to shoot him from the other side he would raise his head and look the other way again.

When I pretended I didn’t care and tried to walk away he started cooing and flapping and putting on a little show for me…. only to turn away again when I got the camera ready. He was totally playing with me!

When I asked the guide whether we could take Elton on an owl prowl she said he wasn’t a good candidate for a flight through the woods because, I quote, “All he ever wants to do is cuddle.“.